This day, in NST (Archive) 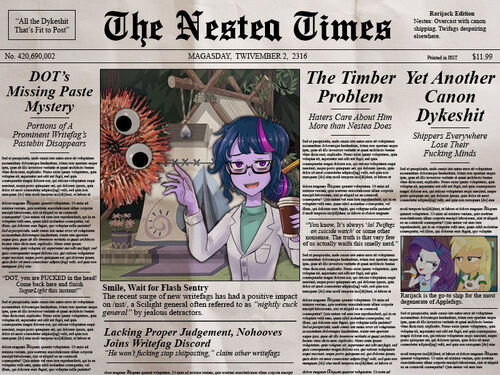 /nst/ wiki is the resource for all things related to Scilight General, an /mlp/ general focused primarily on the human Twilight Sparkle from Equestria Girls: Friendship Games.

The stories focus heavily on the multiverse, which started out as a story element in the original SciTwi & Anon story. Then the other writefags began using it to justify any discrepancies between their story and the original.

The rest is history.

Worldbuilding is half the fun of the thread, as well as observing both intentional and unintentional similarities between each author's universes. There's also lots of shitposting, circlejerking, and astroturfing.

Community content is available under CC-BY-SA unless otherwise noted.